This is follow-up to my previous post, Demystifying GitHub Apps: Using GitHub Apps to Replace Service Accounts, where I go over the basics of creating a GitHub App and accessing its installation access token in an action

I was working with a customer and we built out a self-service migration solution to migrate from GitHub Enterprise Server to GitHub Enterprise Cloud. Instead of building our own custom interface, we decided to leverage GitHub Issues as the intake and GitHub Actions as the automation mechanism. This is often referred to as “IssueOps”.

There are several great examples of IssueOps on GitHub, as well as my co-worker’s ChatOps workflow.

The benefit of using GitHub and IssueOps for something like this is the transparency of the process - the Issue is available for everyone to see as well as the logs of the Action. The customer just inputs the Git repository URL’s and a few other inputs, the issue body is parsed, and a pre-migration comment is automatically posted back to the issue by our bot with a slash command that is used to trigger the migration.

However, a requirement for the customer was to have a way to approve the migration. We could have had an approval on an environment on the job, but that interface brought you away from the issue. For example, after someone initiates a deployment, the requestor doesn’t necessarily know it’s just sitting for an approval. While the approver(s) would get an email and optionally a push notification in the GitHub mobile app, it doesn’t seem there is anything that shows up under the GitHub notifications bell.

If only there was a way to only allow the deployment if someone authorized issued some sort of command ahead of time in the issue… This is where ApproveOps comes in!

As I hinted, ApproveOps is a simple extension of IssueOps that requires a slash command in the issue comment body from someone in the ‘migration approval’ team. In our solution, the slash command to run the deployment was /run-migration and our approval command we used was /approve.

Here’s how it looks and works in the issue: 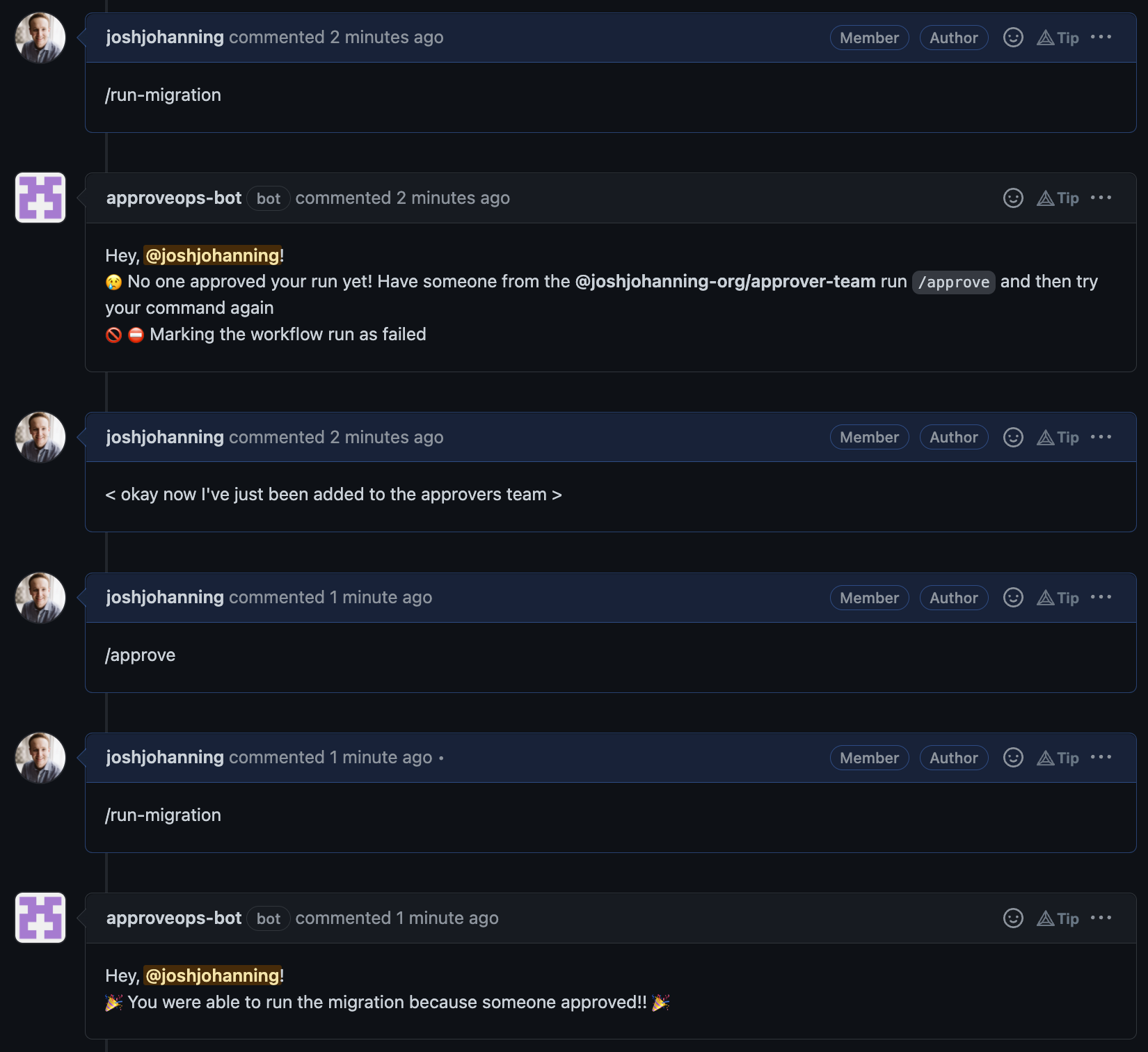 And here is how one of the runs looks in GitHub Actions: 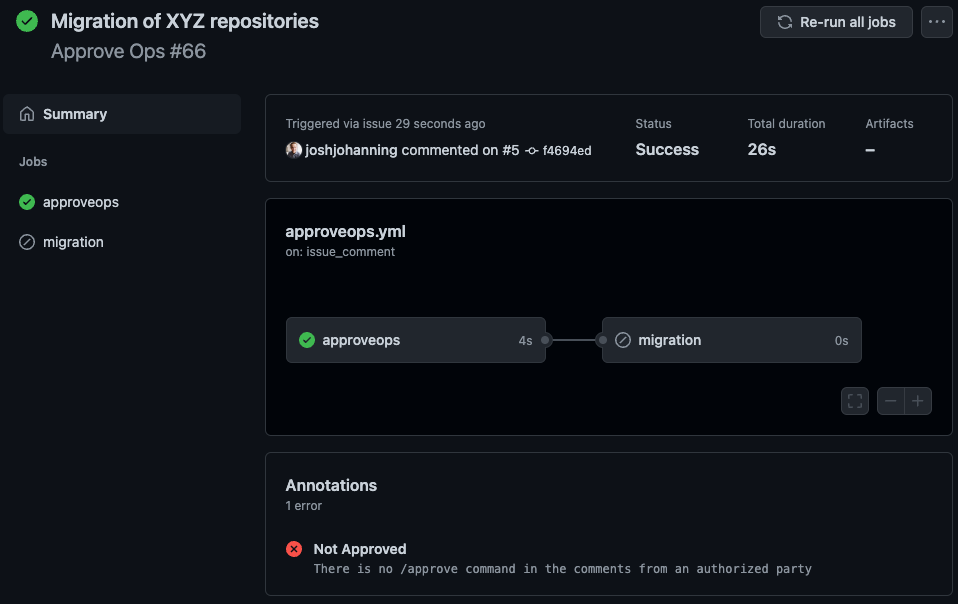 I recently created a GitHub Action published on the marketplace that consolidates the various actions and bash commands. If you’re not interested in using the marketplace action or want to extend what I’ve done, my GitHub Actions workflow sample is still available in its entirety.

Here’s how you can use my Action in a GitHub Action workflow:

I am using a bash script in my composite action to:

There’s definitely room for improvement here, but I think this is a good starting point for you to get with your own ApproveOps / IssueOps workflow.

If you do what I’m doing here, by creating your own GitHub App on your organization and use that identity to write your comment, it will be able to properly @team mention in the comment and everything!

Report back if you make any enhancements!

Overview In GitHub Actions, the GitHub Token works very well and is convenient for automation tasks that require authentication, but its scope is limited. The GitHub Token is only going to allow u...