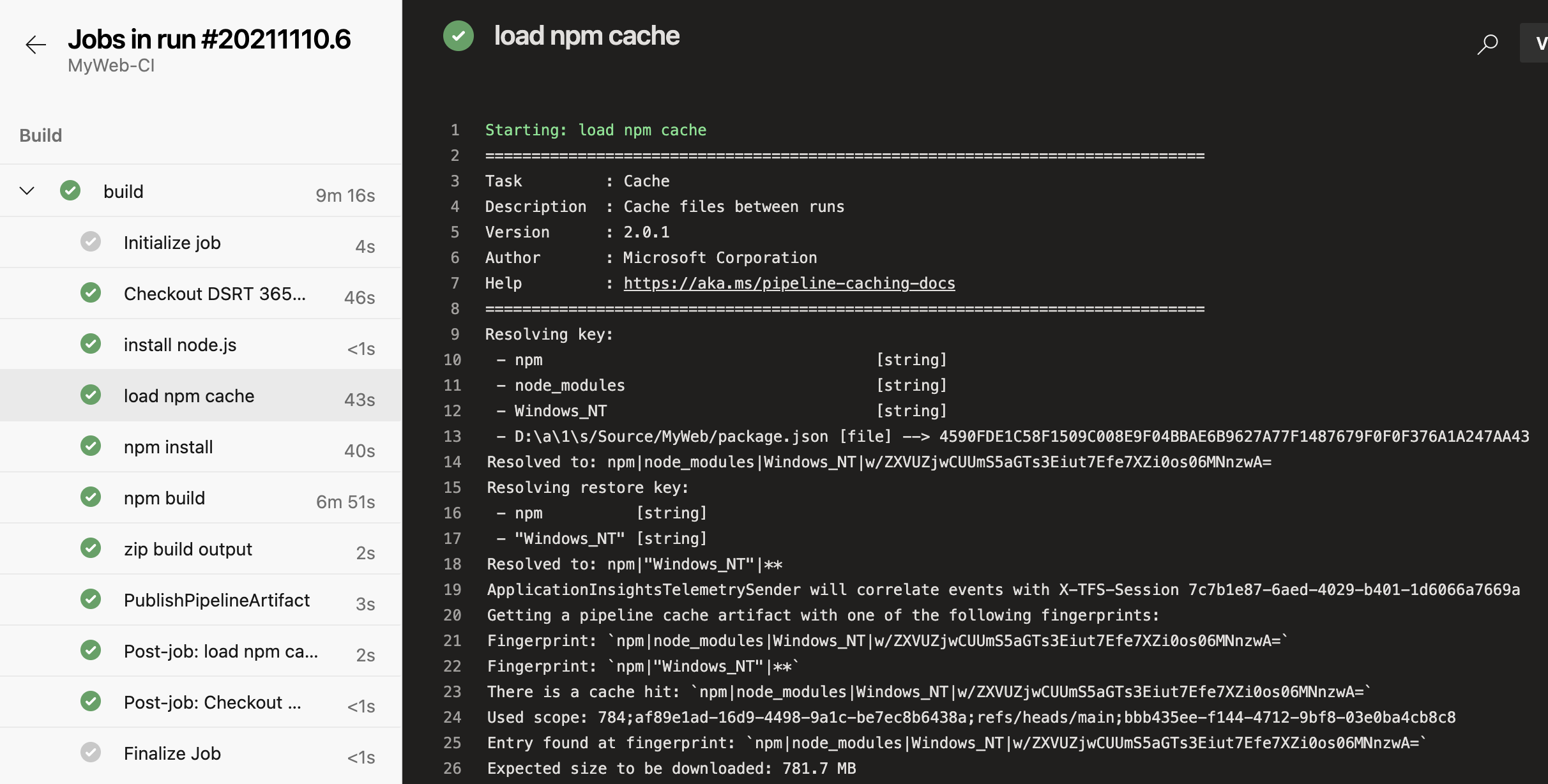 I’ve tried several times to implement the Pipeline Cache task using Microsoft’s documentation, but have failed every time. I seemed to configure everything like the documentation indicates for my Node.js/npm (Angular) build, but the results are very inconclusive - I didn’t really be saving any CI time.

How To - The Explanation

I was finally able to figure out what I was missing, part in thanks to this post from High Performance Programmer - in particular, their screenshot: 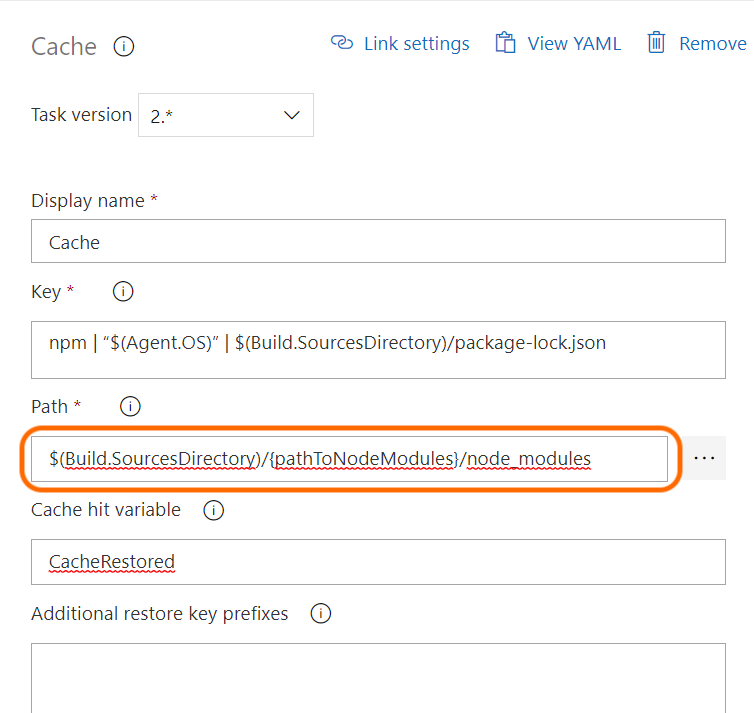 Note how this differs from Microsoft’s documentation:

Notice how the first screenshot is caching the $(Build.SourcesDirectory)/Project/node_modules folder vs Microsoft’s code sample is caching $(Pipeline.Workspace)/.npm - quite a critical difference! It makes sense after thinking about it, when you run npm install locally, where is it going to download all of the modules to? The node_modules folder in the root of the project, of course.

The way the task works is it zips up and saves the path you specify and stores it to the build (as a build-in post-build step). During the next build, if the key matches, it downloads the zip and extracts it to the aforementioned path. Both of the above examples use the key: npm | “$(Agent.OS)” | $(Build.SourcesDirectory)/Project/package-lock.json, where it matches the OS the build is running on as well as the hashed content of the package-lock.json file.

This means, that if you flip a build from Windows to Ubuntu, the key won’t match, and the contents of the cache won’t be restored. Likewise, if the hash of the package-lock.json file changes (ie: you add a package, change a package version, remove a package, etc.), the cache won’t be restored. In both cases, you would expect a full npm install from scratch. If the build completes successfully, you should expect a new cache to be uploaded as an automatically added post build step:

Uploading of the cache as a post-job step

How To - Just the YAML

Putting it all together, here’s what my task looks like:

Before working with us, the team’s build averaged 30 minutes. Using a slimmed down build job and running using hosted agents brought us from 30 minutes to 20 minutes.

Since we have added and properly configured the Pipeline Cache task in our Angular CI build, we have shaved off 10 minutes from each build. When our npm build alone takes 10 minutes, our average build time of 20 minutes has been reduced by 50% to 10 minutes:

This was a huge win for the us and dev team, and I’m happy to say the third time’s the charm for me on trying to configure the Azure DevOps Pipeline Caching Task.

Overview I was working with a team that had an Angular front-end application and I was tasked with improving their CI/CD process. They had some automated pipelines, but they were running a build b...

Overview We are using the Virtual Machine Scale Set (VMSS) Azure DevOps agents pretty heavily. They are perfect for our situation, needing to be able to deploy to services locked down by private e...